Durbin said the staff at the women’s center – Judy Yoakum, Cheryl Chambers and Melanie Lavoi – were role models for her and helped her see that she could live a different, healthier life.

“I’ve never seen someone with so much determination,” Yoakum said. “Keri said to me, ‘This baby will not be born in jail.’ I’ve never heard anyone with so much conviction. There was no doubt she was going to achieve this.”

Durbin grew up in a broken home, in poverty and with family that struggled with addiction.

“I didn’t have that love poured into me, that discipline, the chores,” she said.

At age 15, Durbin got pregnant by a much older man.

“At age 17, a few months after Conner was born, I started using drugs,” she said. “2011 was my first felony drug charge. My mom called the cops on me. My dad locked me out of the house and the cops came and arrested me. I got my first felony four days before my 18th birthday.”

Durbin used off and on for 10 years. She eventually married and had another son born with health complications who did not survive long after birth. She soon found herself pregnant again with a third son.

“Within June 2018 and December 2018, I separated from my husband for the last time,” Durbin said.

She relapsed and the state took her third son, Rayden, away.

“Conner was taken away and I was on the verge of suicide shortly after I found out I was pregnant with (her now youngest son) Logan, because I didn’t want to bring another baby into this world I was living,” Durbin said. “I was in the middle of probation and parole. I was facing 15 years in prison.”

Durbin made the decision she wanted a different life for her and her children. When she arrived at the Women’s Center, she was given hope, guidance and resources to help turn her life around. They mentored her, monitored her pregnancy and helped her kick her last addiction – smoking.

“I’m not the same person,” Durbin said. “I wouldn’t be where I am if (Yoakum) had not handed me the flyer about Preferred Family Services.”

Today, Durbin is building a stable, healthy life for her and her boys and she’s building a career. She is raising her two youngest children, is a certified peer support specialist and working in the same program that helped her. She’s helping other women turn their lives around and live healthier lives for their children.

Her oldest son, Conner, was adopted by family and doing well. She visits regularly.

“At the end of 2020, we had a big surge in patients,” Yoakum said. “We had a lot of mommies who came who were dependent – some on opioids, some on methamphetamines, and we’ve been able to help a lot of them. Our goal is healthy mommies, healthy babies. We want to break these cycles.”

One Less Thing to Worry About

Karen Halfpop is a storyteller. She’s spent her life helping tell the story of others – other individuals, nonprofits, coalitions and even businesses. Through her 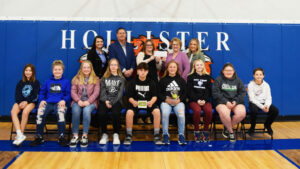 More than 49,000 lives to be impacted! This week, Skaggs Foundation is awarding 30 Skaggs Legacy Endowment grants totaling $1,019,127 to organizations working to improve